Breaking down the goal of taking 10,000 steps a day - Princeton Club

Breaking down the goal of taking 10,000 steps a day

Brush your teeth.  Wash your face.  Put on your fitness tracker.  That’s how you might start your day, especially if you’re trying to reach the goal of completing 10,000 steps in one day.

The idea behind taking 10,000 steps a day became popular when fitness trackers started to take off.

Priscilla Peterson, manager of group exercise and a personal trainer at the Princeton Club, explains this idea has stuck because it’s motivating and holds people accountable.

While this is a goal that everyone can keep in mind, Peterson says for some people the number of steps can vary.

“With it being it being a realistic goal, 10,000 steps for some people might not be enough.  You might be in such great shape that you need 20,000 a day or even more,” says Peterson.  “And just the opposite of that is that some people are going to need a lot less than those 10,000 steps.  Possibly you’re new to exercise or possibly you have some health issues that don’t allow you to meet that 10,000 steps a day.”

Peterson warns that step counting shouldn’t be the whole of your workout regiment though.  “There’s a bigger picture to this, a much bigger picture,” she says.  “In addition to taking those 10,000 steps, we also have to make sure that our fitness program is very well-rounded, so that we are incorporating our strength training as well as well as our resistance training.”

Remember, if you’re obsessing over the numbers, Peterson reminds us to put the fitness tracker away for a little bit and get back to making exercise fun.

Another big thing to keep in mind is diet.  “If you are taking those 10000 steps a day and you’re not making any changes to your diet, you’re not going to see a lot of improvement,” says Peterson. 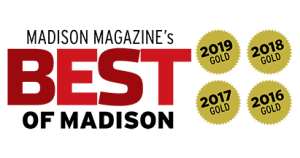 Complete this form to register for the upcoming Biggest Loser program. We will be contacting you shortly after submission! Payment can be made at the club upon first visit.
East TRX